A Hanukkah Letter From Moscow 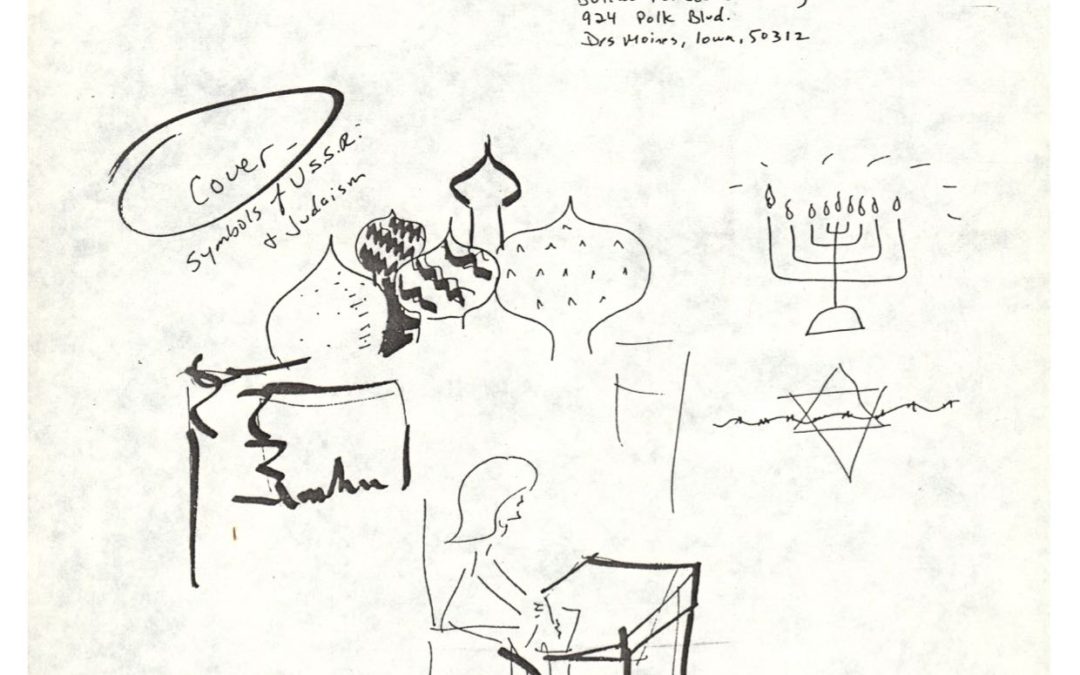 A Hanukkah Letter From Moscow


In this lesson young students will be introduced to the idea that Jewish people in the Soviet Union were not free to express themselves as Jews or to emigrate to a different country.

The original lesson plan was written prior to 1980 and can be viewed in the materials.

During this time period, there were about two million Jews living in the Soviet Union. 380,000 of them requested permission to emigrate to Israel. Over 15,000 of them were refused permission to leave, and they became known as “Refuseniks.” 1,200 of those were Refuseniks for ten years or longer.

It was risky for a family to request to leave the Soviet Union. Once they did so, they often stopped receiving their mail, the phone lines were cut off and many got fired from their jobs. Children were often harassed at school, and sometimes, people even got beaten or imprisoned for no reason (other than applying for exit visas, and of course, for being Jewish).

The main areas in the Soviet Union where Jewish populations were significant were Moscow, Leningrad, Kiev, Odessa, Baku, Tashkent, Kishner and Minsk. Between the years 1968 and 1986, 265,822 Jews left, mostly going to the United States and Israel. When these Jews applied for permission to leave, the process often took months or years to be completed. They had to get special permission from their parents, even if the applicants were adults. They also had to pay large sums of money for each person leaving the country. They often did not have the means to pay these fees.

Enid L. Wurtman’s Soviet Jewry Archives on the History of the Zionist Movement from the Soviet Union

1. Background: Begin by reading the background information to students and putting some of the important facts on the board if you wish. Once the students have heard about Soviet Refuseniks, allow them time to ask questions. Give them a choice of completing any three of the activity options listed below. (Or, have them complete all of them if your timing allows.)