In this lesson, students will learn about the struggle of the Soviet Jews in the 1970s, and different ways in which they fought back against the oppressive regime that denied them the right to emigrate.

Students will be able to identify with the experience of Jews attempting to leave the Soviet Union, including feeling what it’s like to be deprived of freedom of movement.

1. Ahead of the lesson, have students interview their parents/grandparents about their involvement in the struggle for soviet Jewry. Did they attend any rallies? Sign petitions? Do they still have any items from the protests that they can bring in to show the class.

2. Have students present their findings – alternatively, invite a parent to come and speak to the class about his experiences.

3. Review the background history of the struggle of the Soviet Jews in the 1970s (above) having students take note of high and low points of the Jewish experience there (this will be used for a cumulative assessment).

4. For younger groups: divide the students into pairs and have them pretend they are Jews during this period. One student will pretend to be a Jew living freely in Israel while his partner will be his cousin who is trapped in the Soviet Union. Have the students write a correspondence, each one detailing what their lives are like. Each letter should include the date, a description of his day, something about which he is excited, something which worries him, and a question he would like to ask. The letters of the Israeli relative should include some form of encouragement to his cousin, as family members in such a situation would have done. These correspondences can be read out loud to the class.

For older groups: Highlight the story of Natan Sharansky as one of bravery and resilience in a situation seemingly devoid of hope, and create an escape room based on his story. Different tasks and challenges involving the objects in the room need to be solved in order to unlock the doors and escape. Elaborateness of the room will depend on your resources and budget. Below is an example of a three part room. Ideas for challenges can be found in the attached document. 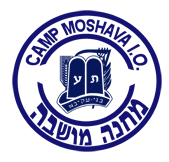